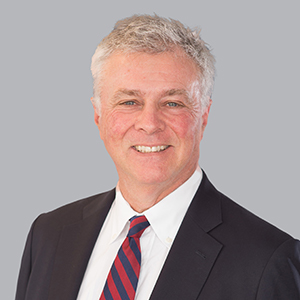 Gordon is a co-Founding Principal, Analyst and member of the SGA Investment Committee. He also sits on SGA’s Executive Board.

Since starting the firm, Gordon was co-manager of SGA’s US Large Cap Growth and Global Growth Flagship Portfolios, from their respective composite inceptions (2000 and 2010) until June 2022.  In addition, he co-managed the SGA International Growth Portfolios (inception 2015) until June 2022.

Drawing upon his experience as past Chairman, President and a member of the governing Board of the Investment Adviser Association, an industry group aimed at fostering industry wide best practices, Gordon oversaw all SGA operational functions until the firm hired a dedicated Chief Operating Officer in 2014.

Prior to co-founding SGA, Gordon was an executive officer, a member of the Investment Policy Committee and a member of the Board of Directors at Yeager, Wood & Marshall, Inc. since 1984.   He was also the firm’s Chief Operating and Financial Officer.  SGA’s longest tenured US LCG portfolio, The U.S. Global Leaders Growth Fund, was started in 1995 by co-Founder Gordon Marchand at the predecessor firm and eventually was sold to John Hancock in 2002.  We are its sole sub-advisor.

Gordon began his career as a management consultant for Price Waterhouse.  He is a CFA® charterholder, a Chartered Investment Counselor (CIC) and a Certified Public Accountant (CPA).

Gordon earned a B.S. from Georgetown University, an MBA from the University of Massachusetts and completed graduate study at Oxford University.