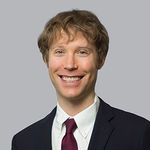 Jon has a BSc with a concentration in Finance from the Wharton School, a BA in International Studies and East Asian Languages and Cultures from the University of Pennsylvania’s College of Arts and Sciences, and an MBA from the Stanford Graduate School of Business, and studied as a Fulbright Fellow at Peking University. He is fluent in Mandarin Chinese.